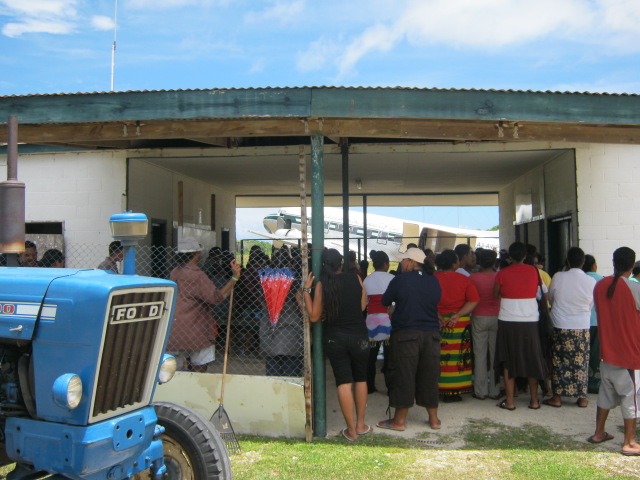 Niuatoputapu and Niuafo'ou, collectively refered to as The Niua's, are the farthest north of all the islands of Tonga, lying halfway between Vava'u and Samoa. They are remote and undeveloped, while Tongan tradition culture remain strong. The climate is noticeably warmer than the southern parts of the Kingdom.

Niuatoputapu is a flat coral island but there is a 200 metre high ridge running along the central part of the island, with volcanic Tafahi Island just offshore. Beautiful beaches and small traditional communities with elaborate churches surround the island.

The airfield is an unsealed coral strip.

Getting to & from the airport:
Limited taxi services may be available.